Back to the Listing

STOKER, Bram. Dracula. Westminster: Archibald Constable and Company, 2 Whitehall Gardens, 1897. pp. x, 392, 16. Later issue of the first edition with advert for 'The Shoulder of Shasta' on page 392, followed by a 16 page catalogue dated 1898. Finely bound by The Chelsea Bindery in full mustard-yellow morocco in imitation of the original cloth binding: lettered in red on spine and upper cover, single-line border tooled in red on sides, wide doublures ruled in red; red endpapers. Original upper cloth bound in. All edges gilt. In matching leather-entry, felt-lined slipcase with silk pull. A near fine copy. 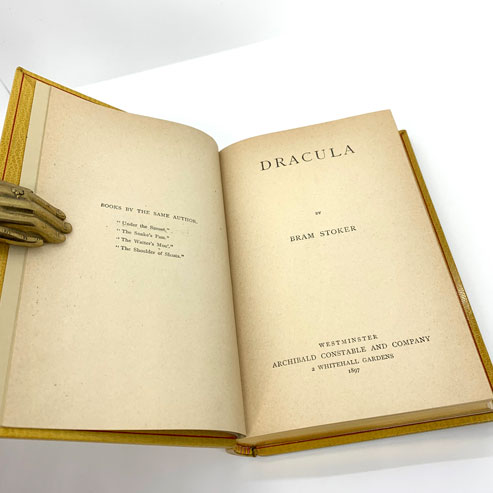 Bram [Abraham] Stoker (1847-1912), novelist and theatre manager was born in Dublin. Stoker inherited his love of the theatre from his father and while working as a civil servant he was the unpaid drama critic of 'The Evening Mail'. He was responsible for the great success of Henry Irving's visit to Dublin in 1876 and two years later left Dublin and took up the position of secretary, business manager of the Lyceum Theatre in London, a post which he held for thirty years.

He supplemented his income by writing a large number of sensational novels, his most famous being the vampire tale Dracula which he published in 1897. Before writing Dracula, Stoker spent eight years researching European folklore and stories of vampires. Dracula is an epistolary novel, written as collection of diary entries, telegrams, and letters from the characters, as well as fictional clippings from the Whitby and London newspapers.
'Dracula' has been the basis for countless films and plays, the most notable of recent times being that starring Christopher Lee and Peter Cushing. Legal action followed the first film production. Florence, Stoker's widow, was neither asked for permission nor paid any royalty. Eventually the matter was resolved in her favour in 1925. 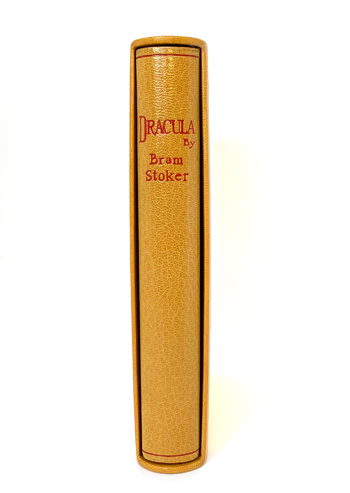 Stoker wrote several other novels dealing with horror and supernatural themes, but none of them achieved the lasting fame or success of Dracula. His other novels include 'The Snake's Pass' (1890), 'The Jewel of Seven Stars' (1903), and 'The Lair of the White Worm' (1911).
Dracula tells the story of a vampire Count, pursued relentlessly by those who would see him destroyed. Written in diary format, the story begins with Jonathan Harker, a solicitor, being summoned to Dracula's palace in Transylvania under the guise of helping the Count secure property in London. While there, he learns Dracula's terrible secret, and Harker decides, with help from few other characters, to kill the Count.

There are no reviews yet.

Only logged in customers who have purchased this product may leave a review.

An appointment is preferred.

We ship worldwide and completely guarantee the authenticity for the Irish Antiquarian and out-of-print books we sell.

Any cookies that may not be particularly necessary for the website to function and is used specifically to collect user personal data via analytics, ads, other embedded contents are termed as non-necessary cookies. It is mandatory to procure user consent prior to running these cookies on your website. 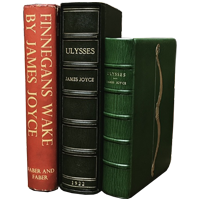 Join our mailing list to receive news from the Irish antiquarian book world and get updates on our latest catalogues and publications.

You have Successfully Subscribed!